The Corsa Rosa will start from the Abruzzo region for the second time in its history, after its first in 2001. 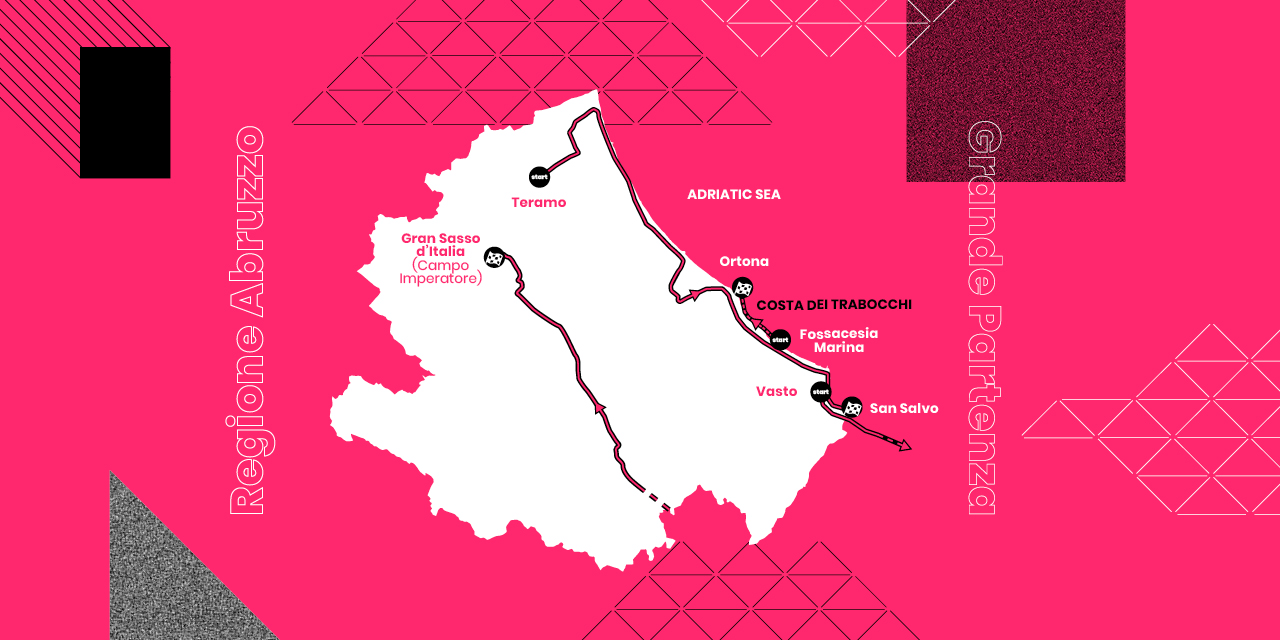 07 Oct The Corsa Rosa will start from the Abruzzo region for the second time in its history, after its first in 2001.

Posted at 13:38h in News by Fabio Gasparrini

The Grande Partenza of the Giro d’Italia 2023, which will start on May 6, 2023 from Abruzzo, was presented today at the Renzo Piano Auditorium in L’Aquila. The opening stage will be an individual time trial of 18.4km on the Costa dei Trabocchi, starting from Fossacesia Marina (almost entirely on the cycle path) to Ortona. The second stage, taking place from Teramo to San Salvo, will suit the sprinters in the peloton. The next day the riders will leave Abruzzo, with a stage that will start in Vasto and travel south, before returning to the territory on Friday 12 May. The seventh stage will end on the Gran Sasso d’Italia (Campo Imperatore).

For the fourth year in a row Abruzzo will host an uphill finish. In the two previous final stages, the stage winner, Egan Bernal in 2021 at Campo Felice and Jai Hindley in 2022 at Blockhaus, both won the Giro d’Italia.

18.4 km x 100 m vertical elevation.
Stage 1 is an individual time trial almost entirely along the Costa dei Trabocchi cycle path, with a short final climb that leads to the finish in the center of Ortona.

204 km x 1400 m vertical elevation.
The first section through the Teramo area is fairly hilly. The riders will go along the coast until the finish with some detours on small climbs, such as Silvi Paese and Chieti. A group sprint looks guaranteed.

218 km x 4000 m vertical elevation.
This high mountain stage is the first finish above 2000m of the Giro 2023. The riders will have to climb Roccaraso and Calascio before tackling the final climb in Campo Imperatore from the same side as in 2018.